Age-related macular degeneration (AMD) affects around 3% of Australians over the age of 55 and is the most common cause of irreversible blindness in this age group. One of the mechanisms through which AMD causes blindness is via geographic atrophy (GA) which is a progressive and irreversible degeneration of the retina caused by the loss of retinal pigment epithelium (RPE) cells and photoreceptors.

There are currently no clinically effective treatments for GA but one of the most promising potential therapies is the use of stem cells to replace the damaged retina. Stem cells are defined by their potential to develop into many different cell types and can thus be used to replace diseased tissues.

In December 2019 the National Institute of Health in the United States approved the first clinical stem cell therapy trial for the treatment of AMD. The study by Dr Bharti’s lab will take place at the National Eye Institute in Maryland and will use reprogramed patient-derived blood cells to create a type of stem cell called induced pluripotent stem cells (iPSCs). These iPSCs will be mounted on a biodegradable scaffold in order to create a graft consisting of a single layer of RPE cells. These stem cell grafts will then be implanted into 12 patients with GA who will then be monitored for 1 year.  This technique has already been tested in rat and pig models and preliminary results suggest the RPE grafts can successfully integrate into the retina and perform functions typical of normal RPE cells such as phagocytosis (engulfing small particles) and improve the electrical responses from photoreceptors.

The results from this trial will complement those from two other research groups who have undertaken Phase I/II trials of stem cell treatments for GA as well as a trial registered in January 2020 which will use a stem cell derived RPE patch and will take place at Moorfields Eye Hospital in the United Kingdom.

Stem cell therapy is still in its infancy however the eye remains at the forefront of gene therapy trials because of its uniquely immune privileged environment as well as a relative ease of access to target tissues by injections and surgery.  Furthermore because AMD and GA are leading causes of blindness, it is likely that these conditions will remain an important focus for stem cell research.

We're not around right now. Please send us an email and we'll get back to you, ASAP. 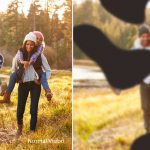 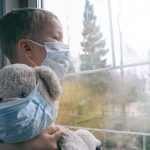