Cataract Surgery: Choosing the Best Intraocular Lens for You

Cataracts are a common cause of vision impairment in Australia.  Cataracts refer to the natural lens in the eye, which has become cloudy or opaque. Treatment involves surgery to remove the cataract.  However, the lens needs to be replaced with an intraocular lens (IOL) to allow the eye to focus.  The IOL takes the place and function of the natural lens, which has been removed.

There are many factors taken into consideration in choosing the IOL best suited for you.  Your surgeon will discuss your symptoms, visual needs and lifestyle, and then examine your eyes to determine which IOL is recommended for you.

Factors to take into account include: the amount of computer work you do, how you feel about wearing glasses after surgery,  whether you require crisp vision for particular activities and how much driving you do in the night time will have a bearing on the type of IOL recommended.  Whether you have near sightedness/far sightedness, astigmatism, other eye conditions e.g. macular degeneration will also play a role.

There are two main types of IOLs.

Monofocal IOLs have a single power and correct for a particular focus point.  These lenses have been used for decades and are the most popular.  Most people who choose monofocals have their IOLs set for distance vision and use reading glasses for near activities.

Multifocal IOLs have a range of powers built in and correct for near, intermediate and far vision.  They can decrease the dependence on glasses.  However, they may have slightly lower contrast sensitivity/clarity compared to monofocal IOLs. They are also at higher risk of side effects such as glare and haloes compared to monofocal IOLs, so may not be suitable for people who do a lot of night driving. Generally, multifocal IOLs would only be considered in patients who have no other eye conditions such as macular degeneration.

Another aspect to consider is astigmatism.  Astigmatism is a common condition where the cornea (clear front window of the eye) has an irregular shape.  It is not round and smooth like a soccer ball, but rather more curved in one direction like a football.  Many people have some degree of astigmatism, but a minor level may not require correction.  Astigmatism distorts or blurs the ability to see both near and distant objects clearly.  Glasses/contact lenses can be used to correct astigmatism.

Some patients may want to consider “monovision”.  This is a technique where one eye has a monofocal IOL set for distance and the other eye has a monofocal IOL set for near. In this scenario, the distance eye sees distant objects clearly (but cannot see very well up close without glasses) and the mildly near sighted eye sees very well up close without glasses (but not so clearly far away).  The brain has to concentrate on one image at any one time.  This scenario has been used with contact lenses for many years and reduces the need for glasses.  Not everyone’s brain can adjust to this, and it is not ideal for people who require crisp, detailed vision.

There are many factors that need to be taken into account as to which IOL suits your needs and your eye when you are considering cataract surgery.  Your ophthalmologist will be able to guide you in making the best choice.

We're not around right now. Please send us an email and we'll get back to you, ASAP. 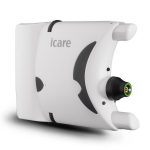 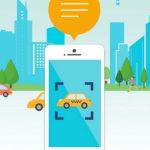